River Run 100 was established in 2013 to raise money and awareness for Elisha Neave as she fought so courageously against a very aggressive and rare form of ovarian cancer. An event organised by her family, saw 90 registered runners in the first year running the river together in support of Elisha and her battle against cancer.

Sadly, Elisha lost the fight on 30 April 2014 and despite their grief, her family saw River Run 100 as an opportunity to continue to honour their brave and courageous Elisha while also supporting the wider community and the many charities that needed their help.

In the years that have since past, the event has grown welcoming all runners, of all abilities, to come together, run for a cause and raise money for their own charities.

Each year, River Run 100 also chooses a charity to support, raise money and champion from within our community, especially those, like Elisha, who need some extra help when life gets tough.

River Run 100 has been fortunate to support many charities over the years, including Hummingbird House, Ovarian Cancer Foundation and Dream 2 Live 4 to name a few.

We have been honoured to award so many incredible people in the past, like Letitia O’Malley who has worked tirelessly in support of her dear friend Kelly Carlton who lost her fight with cancer and Rebecca Bell-Fuller for her commitment to Hummingbird House.

From the words of Elisha’s family, “this event will continue to grow and I, along with my family, and those few who were there at the start, will remember why we started, where it came from and enjoy how it grows… From little things, big things grow.” 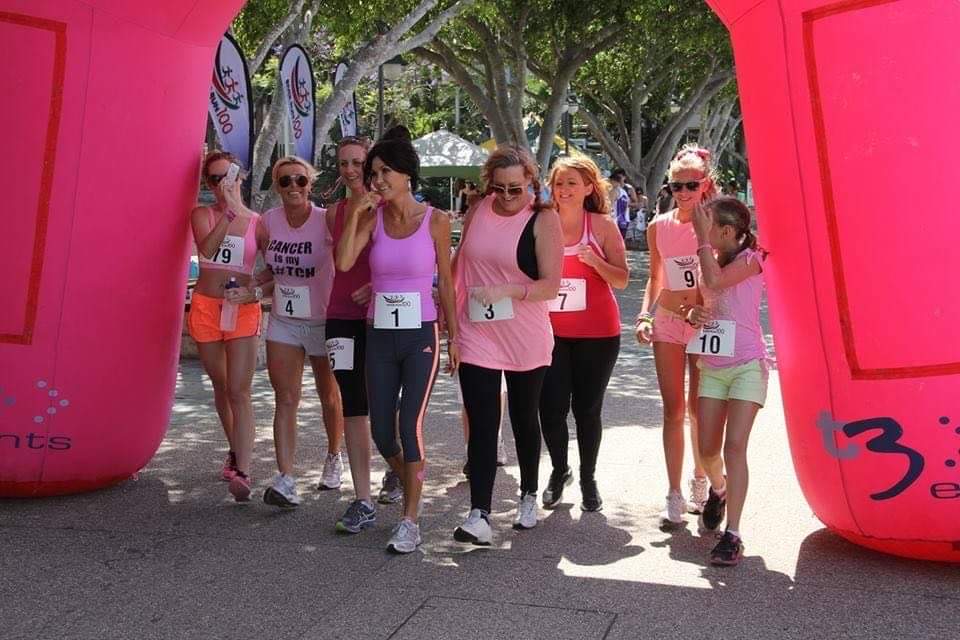 Elisha Neave wearing #1 bib. To date #1 bib has never been reprinted. This is our legacy to Elisha and in honour of all loved ones lost to cancer.